We held a very successful Area E2 Contest on March 15. Members from our club, Macintalkers, completed with representatives from five other clubs—Fair Oaks, VentriTalks, Sunnyvale Speakeasies, PCYC and Flying Toasters in in the Table Topics and International Speech Contest.

Rebecca Boorsma, our former club president, won first place in the Table Topics contest with her answer to the question, “If you could choose to live one week in the past or one week in the future, what would you choose?”

Shloka Kini (who has barely joined us five months ago!) placed third in the International Speech contest with her speech, “Rock, Paper, Scissors.”

Rebecca will be competing at the next level, the Division E contest in Sunnyvale. The contest will be held at NetApp on Thursday, April 13.

Rebecca with her first place trophy: 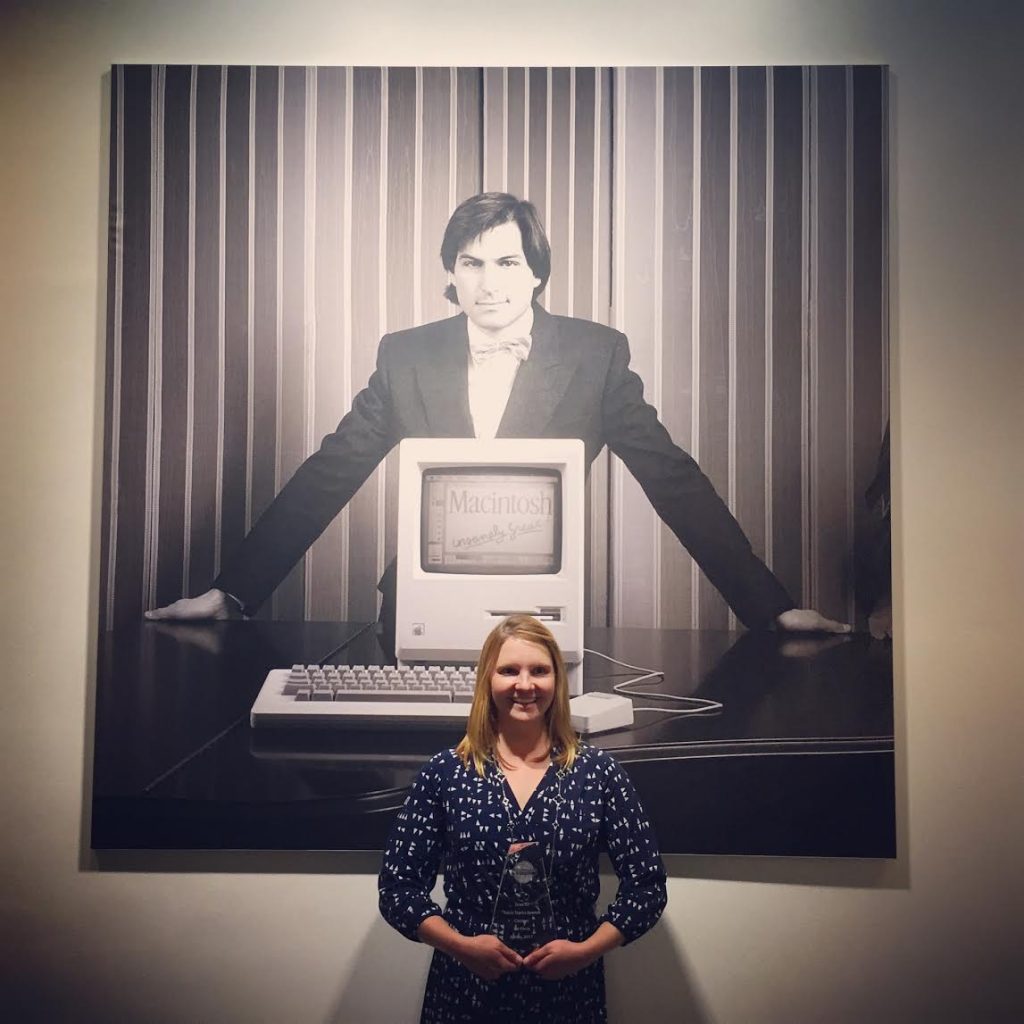 Our officers celebrating after a tough two weeks putting together the contest: 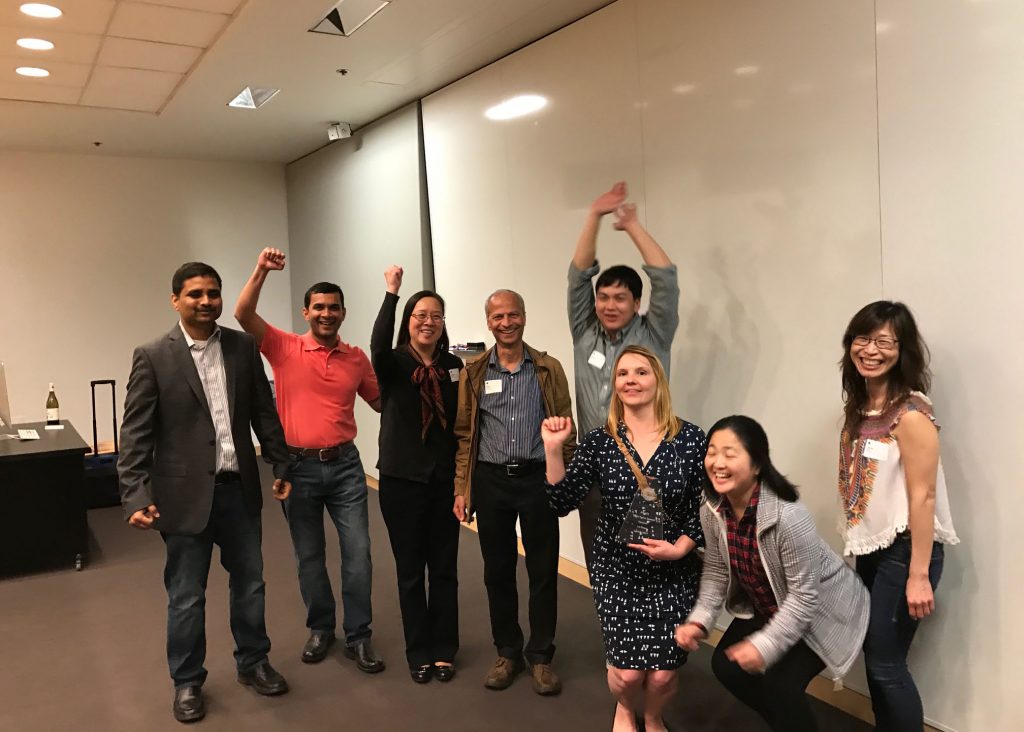 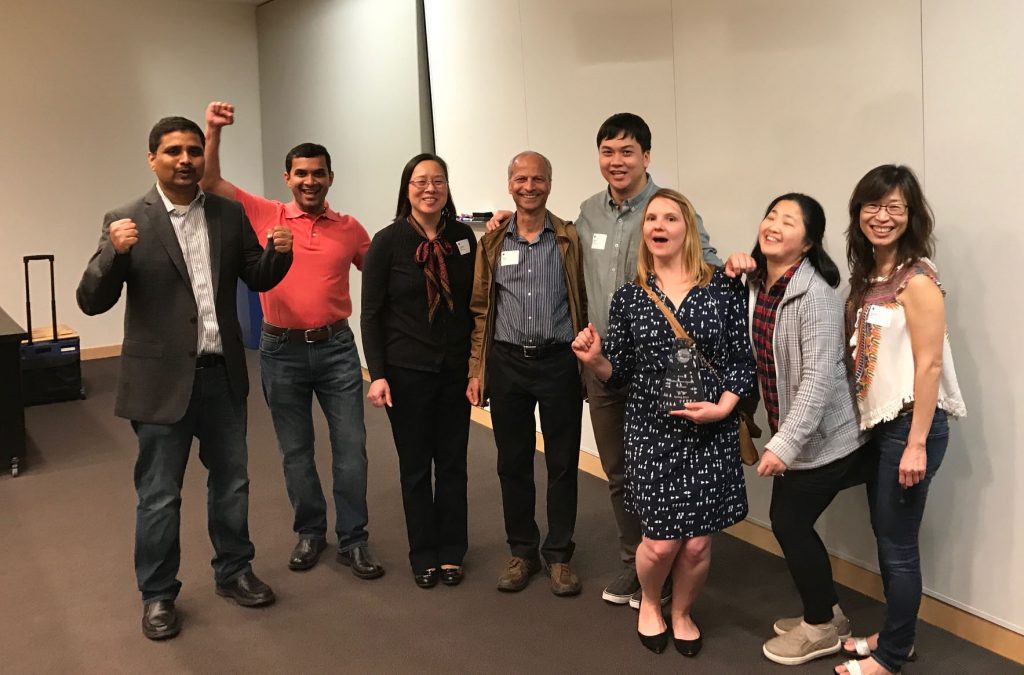