Got Milk? or not? 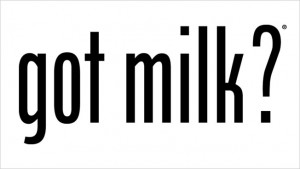 Throughout history, milk has commonly been regarded as a vital part of a balanced diet. Did you know that in Medieval England parents would tie rabbits’ feet around their babies’ necks to ward off illness? Doctors would also spit on wounds because saliva was believed to have healing properties. Indeed, history is replete with unfounded health beliefs, and to everyone’s detriment, the milk myth is among the most tenacious. Lets look at some of the (potential) myths with Milk:

The milk myth has spread around the world based on the flawed belief that this protein and calcium-rich drink is essential to support good overall health and bone health in particular at any age. It is easy to understand that the confusion about milk’s imaginary benefits stems from the fact that it contains calcium – around 300 mg per cup.

But many scientific studies have shown an assortment of detrimental health effects directly linked to milk consumption. And the most surprising link is that not only do we barely absorb the calcium in cow’s milk (especially if pasteurized), but to make matters worse, it actually increases calcium loss from the bones. What an irony this is!

Here’s how it happens. Like all animal protein, milk acidifies the body pH which in turn triggers a biological correction. You see, calcium is an excellent acid neutralizer and the biggest storage of calcium in the body is – you guessed it… in the bones. So the very same calcium that our bones need to stay strong is utilized to neutralize the acidifying effect of milk. Once calcium is pulled out of the bones, it leaves the body via the urine, so that the surprising net result after this is an actual calcium deficit.

In 1993, the breast cancer that had plagued Jane Plant since 1987 returned for the fifth time. It came in the shape of a secondary tumour – a lump in her neck the size of half a boiled egg. Doctors told her that she had only months to live.

Then a mother of two young children, Prof Plant recalls the shocked discussion she had with her husband, Peter. As scientists – she is a geochemist, he a geologist – they had both worked in China on environmental issues, and knew that Chinese women had historically very low rates of breast cancer: one epidemiological study from the Seventies showed the disease affected one in 100,000 Chinese women, compared with one in 12 in the West.

“I had checked this information with senior academics,” Prof Plant says. “Chinese doctors I knew told me they had hardly seen a case of breast cancer in years. Yet if Chinese women are on Western diets – if they go to live in the US or Australia, for example – within one generation they got the same rate. I said to Peter, ‘Why is it that Chinese women living in China don’t get breast cancer?’ ”

Her husband recalled that on field expeditions his Chinese colleagues provided him with powdered milk because they did not drink it themselves. “He pointed out at that time they did not have a dairy industry. It was a revelation.”

Feeling she had nothing to lose, Prof Plant switched to a dairy-free, Asian-style diet virtually overnight, while also undergoing chemotherapy. Having already cut down on animal protein such as meat, fish and eggs, she now cut out all milk products, including the live organic yogurt she had religiously eaten for several years.

Within six weeks the lump in her neck had disappeared; within a year, she was in remission and remained cancer-free for the next 18 years. Convinced that her diet had helped, she devised the Plant programme – a dairy-free diet, relying largely on plant proteins such as soy – similar, she says, to the traditional diet in rural China.

It was originally intended to help other women with breast cancer and, later, men with prostate cancer. Her book about her experience, Your Life in Your Hands, caused a sensation when it was published in 2000, with many cancer patients claiming it helped them to recover.

Nobody can dispute that cow’s milk is an excellent food source for calves. Weighing around 100 pounds at birth, a calf typically gains approximately eight times its weight by the time it is weaned. But unlike humans, once calves are weaned, they never drink milk again. And the same applies to every mammalian species on this planet.

Also, each mammalian species has its own “designer” milk, and cow’s milk is no exception. For example, cow’s milk contains on average three times the amount of protein than human milk which creates metabolic disturbances in humans that have detrimental bone health consequences.

It’s important to bear in mind that mother’s milk is excellent nourishment for human babies, but its composition is very different from cow’s milk.

Cows are mammals. Just like other mammals, when a cow has a baby, her body will make enough milk for her baby. In a normal situation, cows don’t need any help getting rid of too much milk. The goal of the dairy industry however, is to make as much money as possible. They have several commonly used methods to get cows to produce more milk:

There are alternatives like Soy milk, almond milk – why not try something thats healthy and ethical

Do you still its a good idea to drink cow milk? Share your thoughts?